September 11th and The Bush Administration

The above article was written August 31, 2003.  Ten years later, our government has not addressed any of these issues.  Nothing has been done.  Whenever I think of all the innocent people that were slaughtered, the thousands of soldiers that have died because of a war that was created on a whim by the top brass, all of them greedy and selfish, I am flooded with a level of shamefulness and embarrassment that is almost too overbearing to endure. 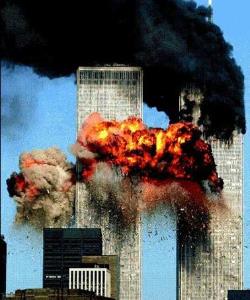 Each one of the topics covered in the article September 11th and The Bush Administration are gargantuan enough to cause a total melt down of our government.  Why hasn’t this inevitable snowball of anarchy and chaos transpired? If only Americans would stop being so concerned with their iPhones and HD Theater setups.  Contribute a mere 5% of that energy towards cleaning up the corrupt power-hungry parasitic organizations plaguing humanity (a.k.a. – governments).

So the Federal Reserve has recently been told to identify all the financial institutions that benefited from emergency loans.  Yes!  It’s a victory, right?  No, it’s not. Giving us information and names does like “Osama Bin Laden” and “WMD” does nothing!  We spend thousands of dollars paying the judges and lawyers to pressure the government to change their ways, yet every ACCOMPLISHMENT or VICTORY FOR AMERICANS is simply a releasing of names and tampered information ( Please Read The 9/11 Commission Report).  NOTHING IS EVER DONE!  NO ACTION AGAINST THE GUILTY NEVER ACTUALLY HAPPENS.  America as an entity is just circle jerked long enough to become distracted by the latest upset in pop culture (i.e. – Michael Jackson’s death, Miley Cyrus Twerking).

America lacks persistence.  The amount of effort and perseverance for change is directly proportional to generational split offs. Once a certain group of activists reach a certain age, with a certain lifestyle – the group stops caring to push forward.  Basically, once you become entrenched in the institutions that our society encourages (marriage, 2.5 kids, white picket fence), you literally CANNOT be an activist anymore.  The majority of Americans care a great deal for their loved ones – totally understandable.  While your loved ones are plugged into the system, fighting against the system is not an option.  We rely too heavily on our government to protect that what matters most. Can you bite the hand that feeds you?  Most Americans simply cannot. Fear is a very powerful tool. 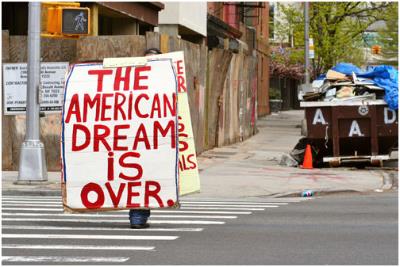 I just recently watched “They Live” by John Carpenter – released November 4th, 1988. Nada (Roddy Piper) a homeless drifter stumbles upon a pair of sunglasses through which you
can see the world for what it really is, a communist-like environment controlled by aliens. He then joins up with his buddy Frank (Keith David) to stop them. The coolest moments, and the parts of the movie that really hit close to home, were when you saw advertising and pop culture plastered all over buildings and whatnot.  You put the glasses on – that “DRINK PEPSI” ad is actually saying “CONSUME, BUY.”  The ads with the sexy half naked men and women are actually saying “PRODUCE CHILDREN”… and so on.  That is exactly what is happening to our world!  We are programmed from day 1 to eat all this socialist bullshit rhetoric up.  “Mmm, delicious!” 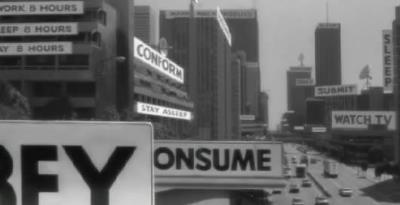 We are slaves. Slavery means you are forced to work against your will with no escape.  What’s bizarre is that in America, we are getting screwed and everyone knows we
are.  “But we are more well off than most third world countries; food, water & shelter is easily available.”  You’re right!  However, my happiness is not measured
by how easy it is to survive.  It is measured by how free I am to do the things I love to do.  In America, the only way I can be a musical composer is if I become an unemployed drug addict?  Of course I’m exaggerating, but I really don’t have any time to create.
Unfortunately, this is the reality of my situation (which is shared among millions of fellow slaves): If what I’m doing does not amount to making lots of money to give to the
government, then it’s a waste of time.

It is extremely difficult for slaves to revolt against their masters.  Please read September 11th and The Bush Administration – it is an important foundation that every
American should submit to.  Even if you can no longer afford to become an activist, humanity can no longer afford your ignorance.