I can only attribute this to amazon synchronicity.  There’s a brand new Coast to Coast AM interview with George J. Haas, William R. Saunders,Joshua P. Warren, dated 12/12/2013. 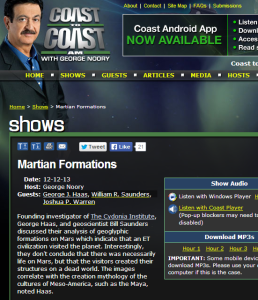 A link to the audio is available on the site.  Be sure to check out the pictures that are referenced in the interview.

A geoglyph is a large design or motif (generally longer than 4 meters) produced on the ground and typically formed by rocks or similarly durable elements of the landscape, such as stones, stone fragments, live trees, gravel, or earth.

Peru’s Nazca Desert features numerous, enormous geoglyphs that are so big, they can actually be seen from satellites.

Geoglyphs on Mars mirror those found on Earth.  Here’s another interview with these authors of Cydonia Codex: Reflections from Mars. 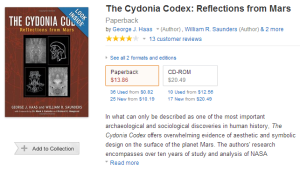 A continuation of An Unbiased Account of Humanity’s Origins:

We should all be aware of the tendency of architects to create and plan out structures that contain star maps.  The Hoover Dam for example was built containing a star map capturing the date it was built (SEE ANCIENT START MAP EGYPT AND THE HUMAN ORIGIN BLUEPRINT).  The great minds behind  the pyramids at Giza crafted their buildings with the intentions of portraying the Nile River as the Milky Way.  Specific constellations, such as the Pleiades, are paralleled in a star-to-structure formula too exact to be mere coincidence.

Dr. Phil Valentine, known for his “blacks are the original owners of Earth” rhetoric, illuminates an interesting concept about Mars. The structures found on mars are also star maps!  Disregarding and starting at 47’59″, he speaks of other places that injected star maps into their structures — all around the world even! Not only pyramids, also places like Stonehenge, all exact portrayals of constellations.

Even though Mars is a barren atmosphere, NASA has been releasing videos of a completely Earth-like environment for Mars thousands-millions-billions of years in the past. Videos of an ancient Mars, ideas of an ancient Mars – NASA is trickling out astounding revelations at an ever increasing pace. 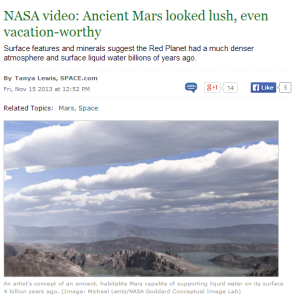 Mars may be a desolate world today, but billion of years ago, the Red Planet was a warm, wet paradise of blue skies and lakes.

From thehiddenrecords.com, we have evidence that the structures on mars are actually star maps of the Pleiades. 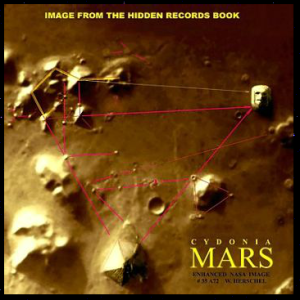 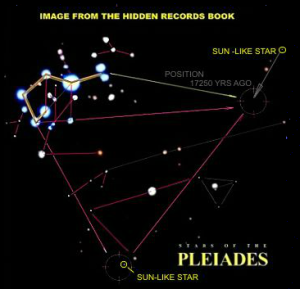 Note: Reminds me of the Knights of Cydonia song by Muse.

What an odd coincidence.  If you’re alive and kicking, you should understand by now:  there are no coincidences.  This is compelling evidence of intelligent architecture on Mars paralleling those found on Earth.  Throw in the fact that NASA is coming forth with the idea of lush jungles on an Ancient Mars and this should all point to the truth behind the truth, behind the truth.  Dr. Valentine even wants us to consider the face on Mars “is a black man” with typical Afrocentric features.

Can we imply that Modern Man came here from Mars after a cataclysm destroyed their planet, landed in Eastern Africa, began building their structures on Earth as if these shapes are a type of technology to tap into our planet’s mind (SEE THE SOURCE FIELD INVESTIGATIONS BY DAVID WILCOCK), started having sex with Ancient Humans and Neanderthals, throw in some mutations here and there, and you have Earth?